M-Pesa in Kenya is lauded as the world’s leading example of a mobile money transfer service. Users walk into an agent’s shop and hand over Kenyan shillings, in return for which e-value is loaded onto their mobile phone at a one-for-one exchange rate. The menu in the phone is then used to send this e-value to others and recipients can undertake the reverse “cash out” exchange of Safaricom’s own currency for Kenyan shillings at another agent. 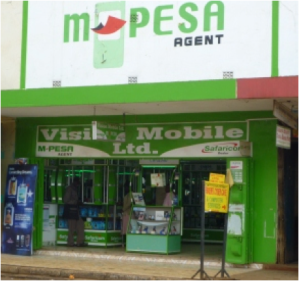 Some 18m Kenyans (74% of the adult population) have now used the service and, therefore, engaged in the use of Safaricom’s own “complementary” currency. Moreover, they have paid Safaricom (40% owned by Vodafone) for the privilege of using this currency helping generate their profits which are on an ever upward trajectory, while also creating business for some 100,000 agents who get a cut of the fees.

By contrast, a currency experiment that was recently launched on the Kenyan Coast has received a radically different reaction. The initiative by an NGO, Koru Kenya, in the informal settlement named Bangladesh in Mombasa is intended to solve the problem of uneven and deficient levels of local demand. It got together 109 local business people into a network and issued them with credit in the form of a beautifully designed paper currency – the Bangla Pesa – with which they are able to trade in order to stabilise and stimulate local business whose capacity is otherwise under-utilised (see video).

The reaction of the authorities has been to arrest seven of the network’s members for forgery. The court case is currently adjourned and awaiting the outcome of an investigation by the Central Bank of Kenya. The Kenyan Government may wish to ensure consumer protection in the face of many pyramid and similar schemes in Kenya. It may also be unfamiliar with such community based local currency schemes that are operating in many parts of the world. For example, my neighbouring city of Bristol has its own pound. Individuals exchange sterling for these and use them to buy goods and services in local businesses in a bid to keep funds circulating among local independent businesses since only some 10% of funds spent at major chain supermarkets stay there. Moreover, the recent rise of BitCoin and other virtual currencies – often moving across international boundaries via the internet – has raised important legal and regulatory challenges, especially where these currencies may be used for illegal trading and money laundering purposes.

The success of M-Pesa has fed the vision for a “cash-lite” economy in which instead of cashing out people pay for more and more goods and services using electronic payment systems and it has fed the vision globally and helped lead to formation of the Better than Cash Alliance. While it might not technically be a currency, nevertheless, the comparison with this small experiment in local economic democracy neatly juxtaposes these two schemes to raise some interesting comparisons and questions about the role of regulators and donors in this space.

There are two issues here. First, regulators create markets through choices about how they operate which helps structure and determine what kinds of activity are viable and profitable.  We can now easily envision the availability of an ‘app’ that makes it technically simple for people to organise and exchange their own local and community based currencies as local methods of payment – indeed, Bangla Pesa itself envisages a future shift to a mobile platform and the Bristol Pound already has a system for paying by text message. So what approach will regulators take to supporting the development of payment systems that have a vision of supporting local economic development? Indeed, in these, requirements such as knowing your customer (KYC) should be straightforward to achieve since these schemes strive to create local social connections, knowing your customer (KYC) is the point!

This leads to the second question: what does this mean about who has access to the resources to develop and promote these payment systems? Is it only international mobile phone operators and technology companies who will have the power, resources and influence to create such payment systems and e-currencies and profit from their use through the charging of fees? Apple has already started removing ‘apps’ from its store which deal with BitCoin now that it has filed for a patent for its own ‘iMoney’. So what role will donors play in enabling local community based organisations to develop local economic participation and democracy through virtual payment systems and currencies that will enable local economies to flourish?